The drawings of William David Martin 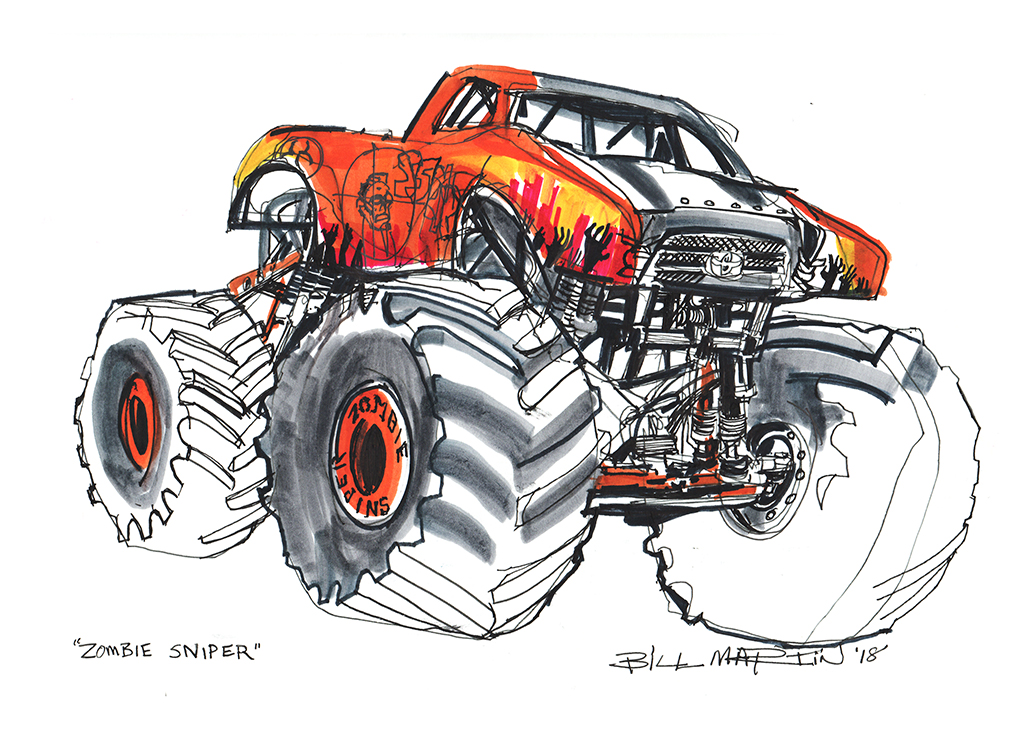 August 18, 2018
After days of off and one rain storms I don’t think anyone was sure this event would be happening.  The weather cut everyone a break though  and the 12th Annual Cops N Rodders Car Show came off without a hitch. Which is to say it was a great show and a lot of fun to draw at.  I’m certain the organizers and staff of volunteers were working like crazy to make sure that happened. After walking around to take in all of the cars and vendors I started the day off drawing the Zombie Sniper Monster Truck.  It was a blast to draw, from there I moved on to draw a really cool Ford F350.  I took a break after that to cool down from the heat and walk around some more, and then settled back in to draw a grouping of classic cars. 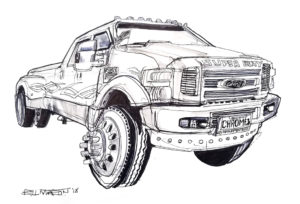 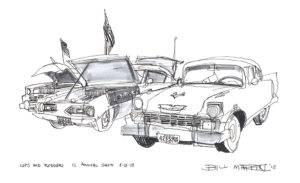